Have you ever noticed that some stocks take off like a rocket from all-time highs…or oversold stocks that bounce back violently?

You aren’t hallucinating, there’s a real reason for this phenomenon – it’s called a short squeeze.

Get caught on the wrong side of these trades and you’re in for a world of pain.

But… can get ahead of these, you stand to make some fast cash.

Short squeezes put pressure on short-sellers – people betting against stocks – to buy back the stock, pushing the stock’s price up rapidly.

The key is finding these stocks before that move happens.

I use short squeezes in my trades to give me an extra kick when I bet a stock will move higher.

They make it more likely you hit your profit targets in a shorter amount of time.

Most people think of short squeezes with penny stocks.

But these happen all the time with big stocks that I trade every day.

Let me start by explaining how short squeezes work.

Most of us have seen the results of a short-squeeze. They look like sharp snapbacks on oversold stocks or ones at all-time highs that take their next leg higher.

Here’s an example of Bed Bath and Beyond (BBBY). 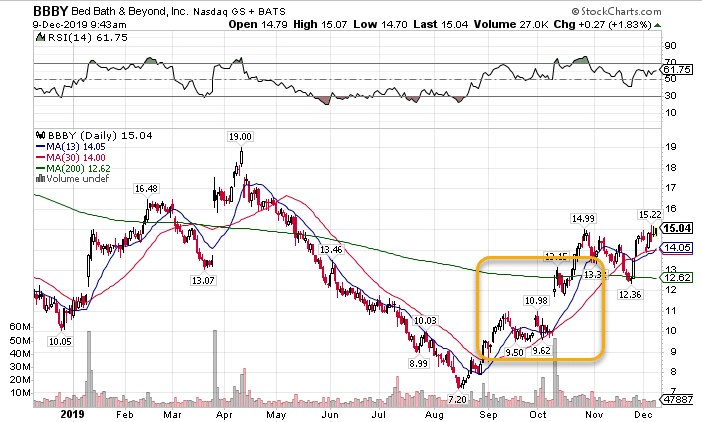 Check out how the stock gapped up and then cranked higher from there. It found resistance at the 200-period moving average initially, but then punched through several days later.

Short squeezes almost always show higher than average volume by at least double. You can see how the volume traded over 50m shares in one day when the average is under 10m.

So why does this happen? It comes down to a concept known as margin.

You might remember margin from the financial crisis. Margin essentially means borrowed money. When you short (bet against) a stock, you have to use margin. In theory, a stock could shoot up to infinity, while it can only fall to $0.

Practically it doesn’t work out like this. But, as you can see with the gap higher, overnight moves can be rather large.

Because you’re working with borrowed funds, the broker or bank will only let your account slip so far. At some point, they cut you off and force you to close the position. They want to make sure that you don’t lose more than your account value.

Short squeezes can be determined by their short float. This is the number of shares sold short compared to all the total shares outstanding. You want to find stocks where the short float is high relative to its norm.

Here’s a snapshot of Bed Bath and Beyond (BBBY). 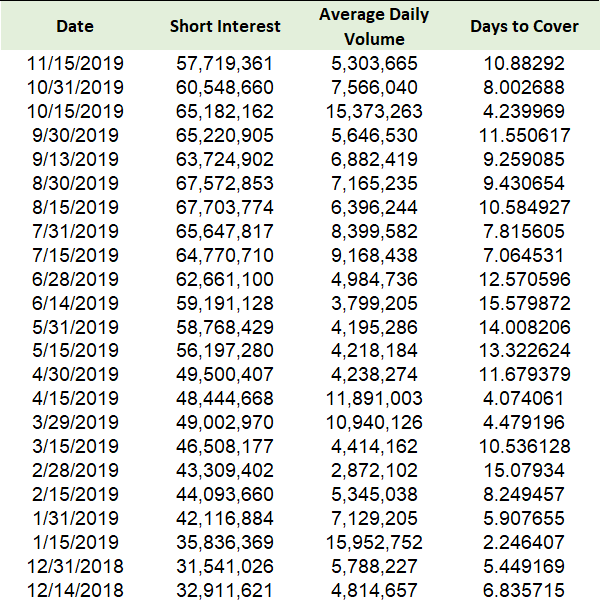 You can see that May 31st was a high point for days to cover, while August 15th was the high for shares sold short.

Here’s the difference between the two. Short interest tells you the total amount of shares sold short. Days to cover compares that to the average trading volume. It divides the shares short by the average daily volume to calculate how many days it would take to cover all the short positions.

Guess how many shares are outstanding for BBBY? 120 million. That means that almost 50% of the stock is sold short!

How to use short squeezes in your trades

Short squeezes will push a stock up quickly and much farther than most people might think. I use them to get to my secondary targets when I’m trading the long side.

Restoration Hardware (RH) is an example of a stock that had a high short float back at the end of September. Here was the setup I sent out to Weekly Money Multiplier members. 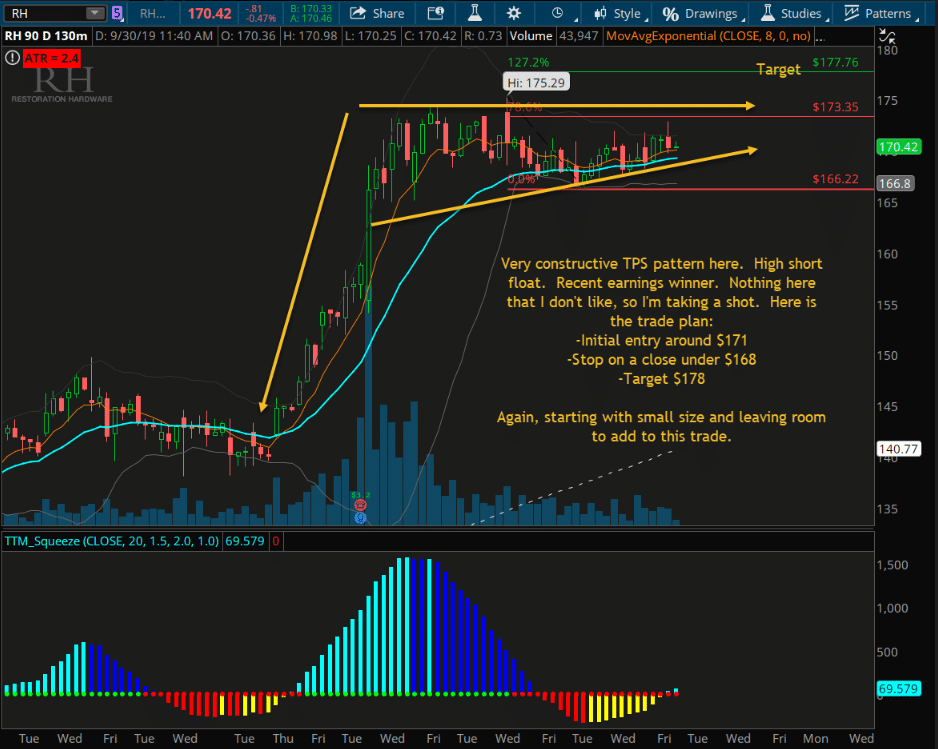 I used the extra push I expected from the short float to help me get to my target at $177.76. Check out what happened afterward. 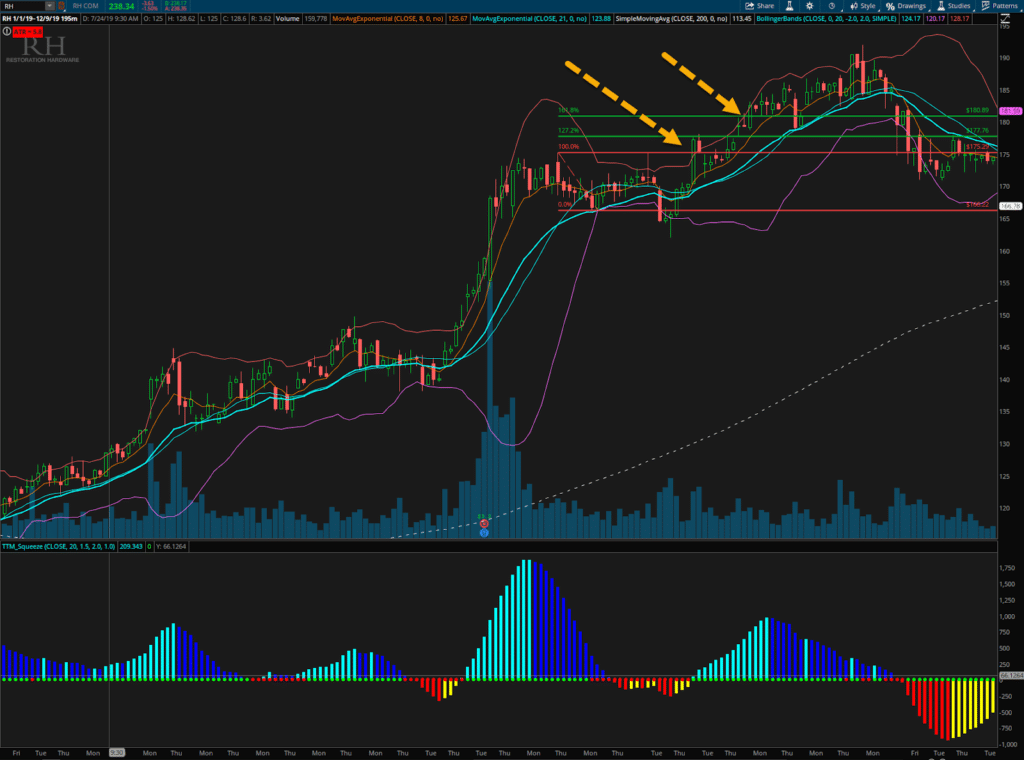 The stock powered higher in one quick move that hit my 1st target. Then, after a short pullback, the stock kept going into my second target. It even kept floating higher from there.

Not all of that move came from the short squeeze. But, it gave the trade an edge that helped me turn a profit.

You can learn even more secrets to boost your performance by joining me at Weekly Money Multiplier.