Who could have expected it?

… and the government was rumored to be probing some of tech’s most prominent companies for possible antitrust violations…a move that nearly sunk the Nasdaq.

However, hope was in the air on Tuesday after some Fed officials mentioned they’d be open to cutting interest rates if the trade war worsens.

And since then… the market has been on fire, the S&P 500 is up over 100 points (from Monday) going into the last day of trading this week.

And if this holds up, the Dow will snap its six-week losing streak.

As for me, I’m still in a position to close the week profitable… that is, if I can find more trades like Workhorse Group Inc. (WKHS)… I’ll get more detailed about that trade later.

Being flat to slightly down is okay for most guys and gals in this market… but it isn’t for me… so I’ll continue to stay positive and focus only on A+ setups until I get it going again.

In the past, I would beat myself and take it personally if my trading wasn’t going well. I’ve now learned that trading… like life… is not a sprint… but a marathon.

In fact, there are 252 trading days in the year…the key to survival is not letting any one or two bad days ruin your week, month, or year.

So despite not making much traction… I’m still very much in the game… and up over $270K on the year in trading profits.

That said, there is one guy I know who has been on an absolute tear lately. His name is Nathan Bear, a former student of mine and now a mentor in the Millionaire Roadmap program (MRM).

Nathan is up around $500K in trading profits this year, and is a beast at trading options… so much so… that my mentor, Jeff Bishop, roped him in and made him part of his Weekly Money Multiplier service.

And you know what, I tell anyone who joins MRM to follow Nathan when you start… and only Nathan. That’s how much confidence I have in what he’s doing… and some of you are beginning to listen:

“Good morning JB. I need to let you know I listened to your advice and focused only with Nate Bear setups and studied his material with my under 1K account. The month of May I was green $425 or 17% with 7 winners and 2 losers. This was my first green month this year.” ~ Dan

That said, you’re in for a treat this Friday…

Not only am I going to go over my winning trade in WKHS, but I’m also going to walk you through two of Nathan’s trades in ROKU and SHOP. That way, you can learn the setups and start applying them too.

It’s been a pretty exciting week here, and we’ve been finding winners left and right… despite the market volatility earlier on Monday… followed by a rally that erased all of those losses.

Now, whenever we have good trades… we don’t just pull our pom-poms out and cheer, then look for the next trade. Instead, we look at these winning trades and try to figure out how it can improve our trading.

Not only do I reflect on my own trades, but I also try to figure out the thought process behind other traders’ winning setups.

For example, Nathan Bear (my former student, who now teaches traders how to consistently hit home runs) is on fire this week… and I’m looking at his trade setups to see if I can find anything that could work for me.

Remember, I don’t trade options… so I’m going to leave that to Jeff Bishop, Nathan Bear, and Kyle Dennis.

Now, there are some key takeaways in some of the top trades I saw this week (no, they’re not all options trades, I saw some great stock plays too).

Trades of the Week

One trade that I found very interesting was his trade in Shopify (SHOP).

He actually bought options on the stock while major market indices were weak, and the idea behind this trade was all in his charts and relative strength.

In other words, SHOP was going to do its thing, no matter what the market was doing.

Not only that, at the time… SHOP was running so hard, and there was actually a bullish indicator setting up in the stock… as well as a great chart pattern that could send the stock to all-time highs.

More specifically, there was a 195-minute TTM squeeze (you can read more about the indicator here) and a nice pattern of consolidation under all-time highs.

Here’s a look at the chart setup.

Well, here’s what the stock did a few days later…

(Millionaire Roadmap clients have access to Nathan’s live-streaming portfolio, and can watch his moves in real-time, and so much more… click here to learn more)

A Couple of Triple-Digit Winners in ROKU

Now, that wasn’t the only winner Nathan Bear had last week… he also traded Roku Inc. (ROKU)… this stock has just been insane with its run up.. and it really neglects whatever the market is doing.

Here’s a look at the chart Nathan was watching in ROKU on Tuesday.

Basically, the stock was consolidating, and looking like it could break out and trade higher. Not only that… there was a great TPS setup (if you want to learn more about this trading system, click here to get started).

Now, if you look closely, this looks like a bull flag / bull pennant pattern. In other words, it’s a high probability setup indicating the stock could run higher.

Not only that, there was a “psychological level” at $100.

If you don’t know, a psychological level is just a price that can affect a stock’s movement… generally, it’s at a round number, like $50 or $100… something easy to remember.

What generally happens is traders remember this number and the closer it gets to the psychological level… the greater the chance of it breaking above.

Well, Nathan was actually anticipating this… and his charts confirmed that ROKU could have a bullish move – spoiler alert: it broke above $100!

Here’s a look at the hourly chart in ROKU.

Well, you might be thinking, “Jason, the stock didn’t even move 20%… why do you think this is a trade of the week?”

Remember, Nathan is trading options here… a small move in the stock could translate to a triple-digit winner…

Now, Nathan wasn’t the only one who made money in ROKU… a lot of clients in the Millionaire Roadmap chat were raking it in too:

Now, if you don’t know how to trade options at all, or just need a refresher… check out this 30 Days to Options Trading guide here… or if you’re ready to get started, click here.

Don’t worry, we’re not just looking at options trades here… I actually traded a momentum stock this week and was able to lock in over 20%… it’s actually the same stock I did a case study last week.

Now, if you haven’t heard… I’ve simplified trading for clients into just one line. Basically, everything you need is in that one line.

Don’t know where to get in?

Don’t know where to stop out?

That’s okay because this line has all the information you need.

Here’s what I’m talking about…

Notice what the stock did once it broke above the orange line?

Well, it broke out… and continued higher!

With your stop, you would set it somewhere below the orange line (whatever you’re comfortable with)… just try not to pile on too much risk.

Just by using that line, I was able to lock in $4K… it was a nice swing trade, but I was a bit disappointed because I wasn’t in my full size… but that’s all part of the game, and that’s why I review my trades.

As always, remember to journal your trades… and more importantly, review your trades. That way, you’ll be able to figure out what’s working for you.

Take note, it’s not just about reviewing your winning trades… if you have a string of losing trades, try to figure out what you’re doing wrong and minimize those trades until you get back on the green team.

If you’re want to learn how to potentially maximize your profits by learning how to trade options, click here to get started.. However, if trading momentum stocks is more your style…  we’ve got you covered. 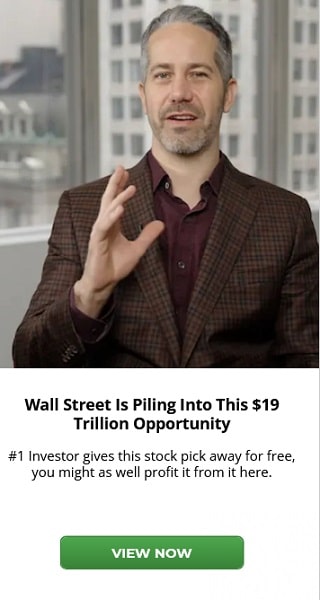