A one-year subscription to the Empire Investment Report normally costs $5,000.

But to help you navigate this crisis – and the once-in-a-decade buying opportunity it’s created – we are ready to offer you the best deal we’ve ever made.

NEW Special Report: 10 Stocks to Buy to Profit from the Coming Market Upturn

Whitney and Enrique have hand-selected the seven opportunities they believe will SOAR once this panic starts to subside. These are strong companies in industries that won’t see a lasting impact from the coronavirus… and could double your money in a short time as a result.

One full year of the Empire Investment Report.

Every Wednesday, right around lunchtime, Enrique will send you an email with his commentary on the market. Most weeks, these issues will contain his favorite trading idea (or two) at that time. You’ll plan to hold these trades anywhere from a few days to a few months, and then sell for quick gains before moving on to the next trade. This is the perfect strategy to use during today’s market swings, so we’ve arranged to add a full YEAR to your subscription – at no extra cost. Read Full Empire Elite Trader Review Here.

When you act through this special offer, you’ll also get a free year of access to Empire Financial Research’s flagship newsletter, Empire Stock Investor. Every month, Whitney and Enrique source insights from their wide network (including at least five billionaires who read Whitney’s daily email) and share updates and investing ideas from the world of Wall Street and high finance.

FREE BONUS: NEW Special Report: How to Successfully Trade Through This Market Volatility

In this brand-new guide, Enrique will walk you through his trading strategy, step by step. He’ll show you exactly how to take advantage of today’s volatility to double your money or more – even on safe stocks. No prior trading experience is required – everything you need to know to get started is in this report.

The Empire Investment Report – How it works?

To sum up, for the first time in his career, Whitney Tilson will be sharing the strategy he used for 20 years on Wall Street in a one-of-a-kind new research service called The Empire Investment Report.

He’ll rank his top 12 recommendations in the model portfolio and show you exactly where he believes you could make the most money, every single month.

He hand-selected his clients from some of the wealthiest people in New York City. Many were multimillionaires, with access to the best Wall Street hedge funds.

In other words: For years, you’d have never been able to access Whitney Tilson’s work without knowing the “Who’s Who” of Wall Street. He was essentially off-limits to all but the wealthiest investors.

That’s why we believe the Empire Investment Report offers the most valuable deal you’ll come across for research of this caliber.

For a tiny fraction of the price Whitney once charged his millionaire clients, you’ll have full access to Whitney’s best monthly recommendations, for the next year.

For example, one of the first people to subscribe to this new research service is Joel Greenblatt, a billionaire who manages $9.5 billion at Gotham Capital.

Greenblatt – a Columbia Business School professor who achieved an annualized return of an incredible 40% from 1985 to 2006 – recently said:

“Almost 20 years ago I met Whitney at my class in Columbia Business School. We’ve become good friends. He’s an excellent investor and most importantly, a great teacher. I’m going to enjoy being a subscriber to his new research service.”

“You need idea flow, and that’s where Whitney always comes in handy. He always has ideas and things I haven’t found. He hands them to us, and that’s allowed us to outperform in almost any market environment.”

One full year of the Empire Investment Report normally costs $5,000.

If that sounds like too much money – then it probably isn’t suited for you. Whitney will be tapping his network and going behind-the-scenes to give you information and investment recommendations that would normally cost $10,000 for just a single report on Wall Street.

GET OUT OF CASH NOW

Here’s how to prepare for the biggest stock market event of the decade.

Including the name and ticker of the best-performing stock of 2020.

He’ll be recommending lesser-known and smaller companies he’ll hear about by talking to CEOs, programmers, engineers, hedge fund managers and other experts who don’t normally open up to the public.

In many cases, the ideas and predictions Whitney will be sharing will even make headlines in the U.S. financial media – which has happened dozens of times throughout his career.

For example, just weeks ago, a new prediction he made about Tesla made Business Insider within just 24 hours.

That’s why this new product is a rare chance to insert yourself into the beating heart of the investment world.

If you don?t see the value in this, you?re better off sticking with a more conventional approach, and avoiding Whitney?s ideas completely.

But because Whitney is stepping forward for the first time ever?

And because he’s devoted almost all the free time throughout his career to charity, philanthropy, and helping others who don’t have the same advantages as him?

Who the heck is Whithey Tilson – the man behind the Empire Investment Report Research Advisory? 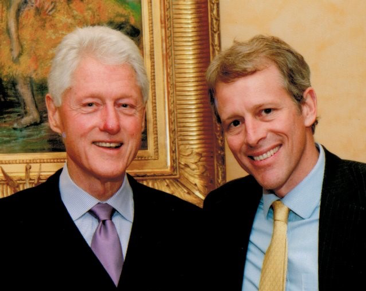 There’s nobody else quite like Whitney Tilson in the world of U.S. finance.

There’s nobody else quite like Whitney Tilson in the world of U.S. finance.

He’s the child of two Peace Corps volunteers who launched a hedge fund from his New York City bedroom in 1999… with just $1 million.

But over the next decade, he grew it to an incredible $200 million, and nearly tripled his investors’ money, even during a flat market – with 200% to 1,400% gains from a range of different investments.

Along the way – he made a string of startling predictions with such accuracy that CNBC called him “The Prophet.”

He’s been called the “most connected man on Wall Street…”

He was a regular on CNBC, Bloomberg TV and Fox Business… has appeared on 60 Minutes, been profiled by the Wall Street Journal, the New York Times, the Washington Post, Forbes, CNN, Barron’s, Institutional Investor, Business Insider, Yahoo Finance and more.